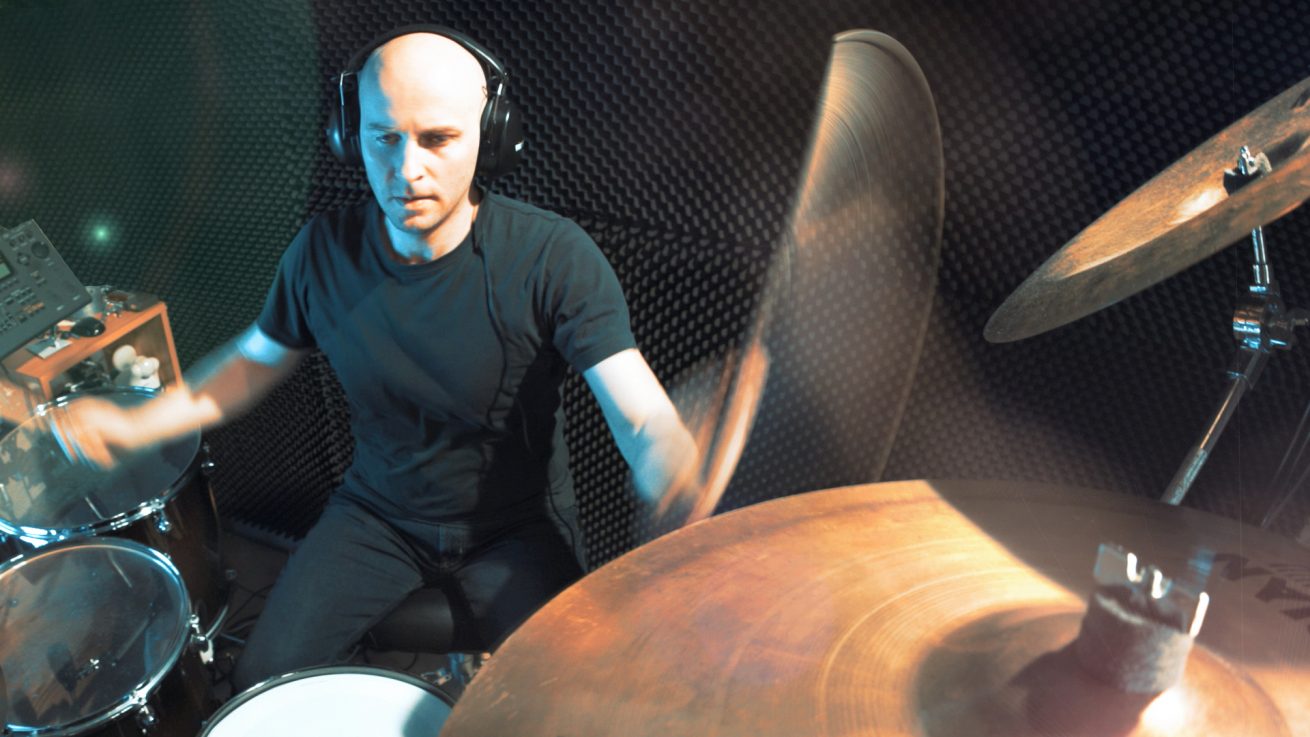 Interview with ELEPHANTS IN PARADISE’S drummer Rainer Lidauer aka Malleo about the upcoming first album WAKE UP on the blue sofa. The female fronted Modern Metal band from Vienna, Austria, was formed in September 2016. The debut album will be released in February 2018. Edelstahl Records – a Division of Danse Macabre.

In this video Malleo explains what he has played in the song ANGRY ANGELS, how he came up with the drum parts and how he recorded the drums for the whole album. He focuses on drum miking and special miking techniques, like miking toms from the inside and from the top, individual cymbal mics and the use of a core mic or fat mic. The toms and the bass drum have been miked with SIB Systems BDHO II mounting brackets, AUDIX mics have been used mainly. Malleo also endorses MAPEX drums, SABIAN cymbals, AQUARIAN drumheads, VIC FIRTH sticks and SKYGEL damper pads.