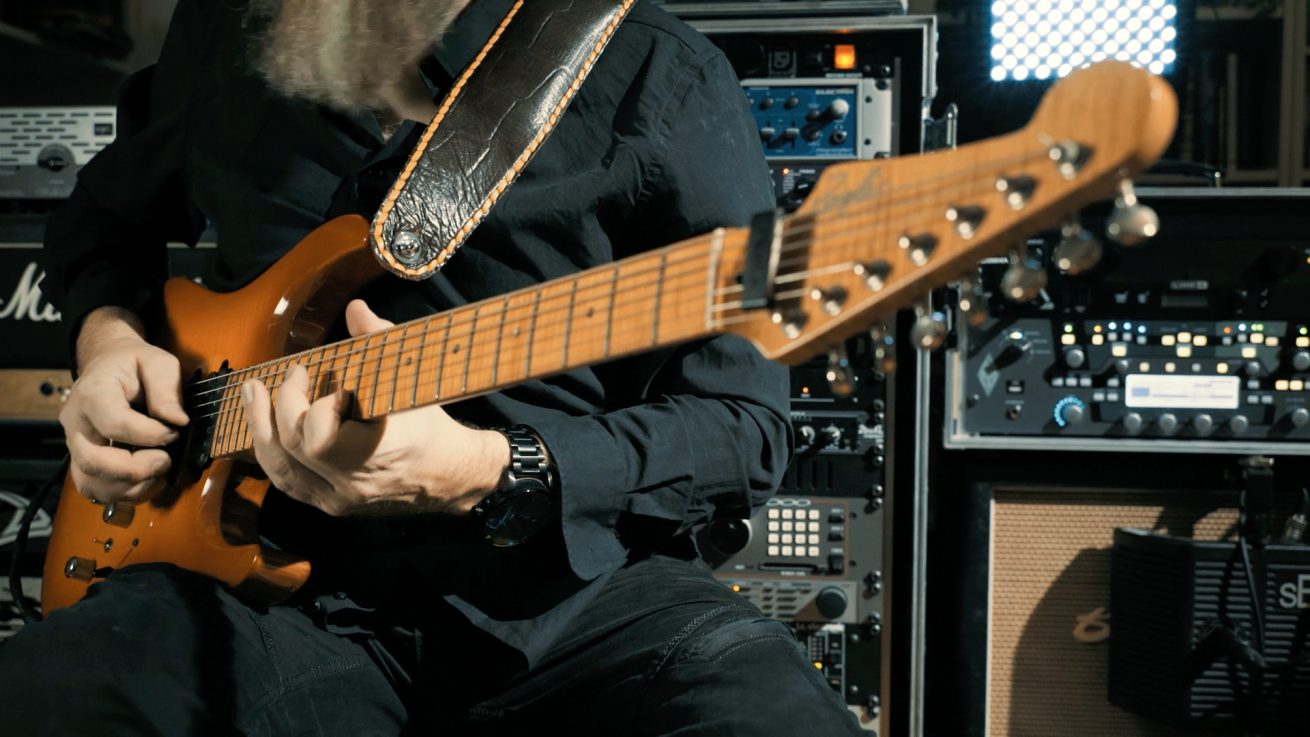 A remixed version of “Forever Free” by Elephants in Paradise from the album WAKE UP using Rupert Träxler’s personally designed Paul Zagler guitar. Rupert retracked the main guitar and recorded it in a live situation using from sE Electronics the GuitaRF with the microphones V7 X and Voodoo VR1. Recorded mono, no overdubs – just two microphones. Rupert’s pilosophy is always a modern way of setup and recording. He likes new technology but also mixing it up in common use like micing a cabinet in the studio.
The signal flow is: Paul Zagler 7string guitar and a Vovox cable into the Kemper PowerRack using a Diezel VH-4 profile from the Amp Factory and all effects from the Kemper, directly in a Bogner Cube loaded with Celestion V30.
sE Electronics: GuitaRF, microphones V7 X and Voodoo VR1
Interface: Line 6 UX-8 DAW: REAPER